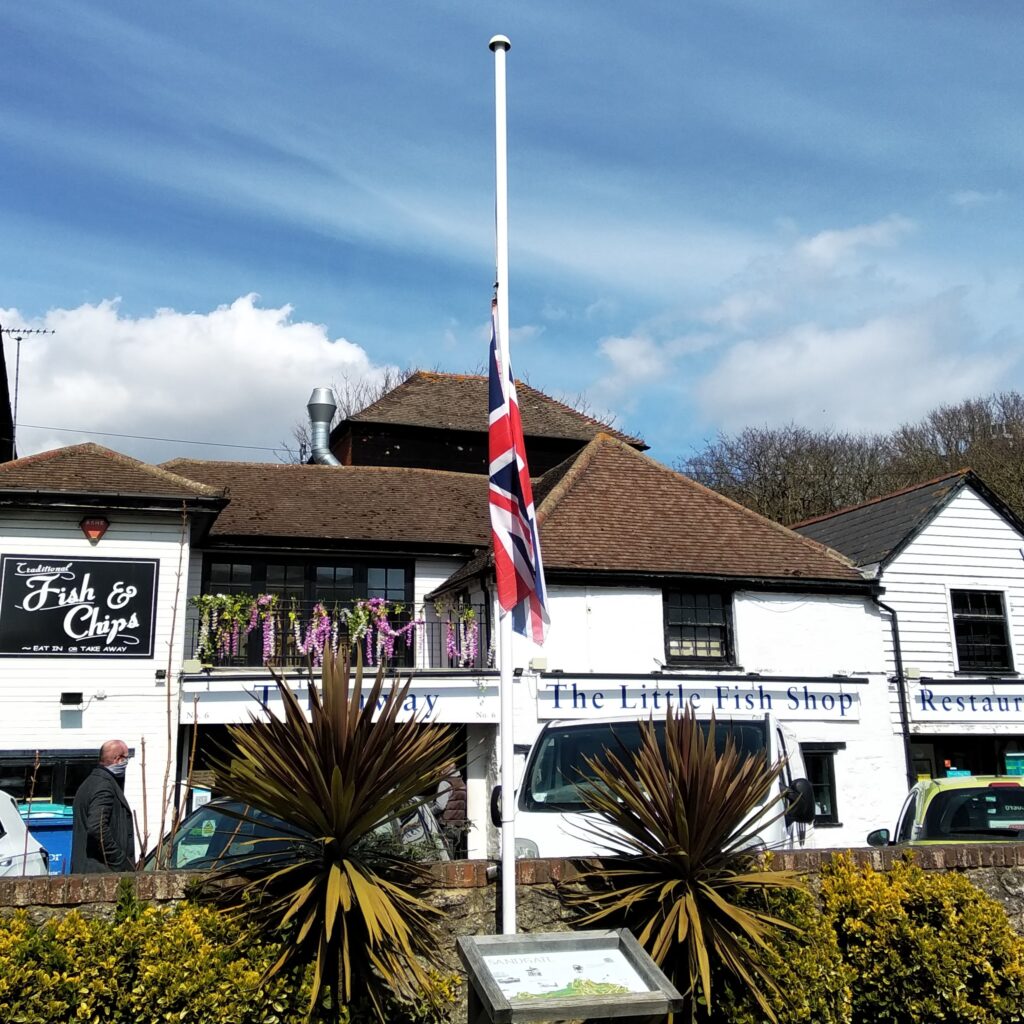 With the sad news on the passing of Prince Philip, Duke of Edinburgh, Sandgate Parish Council lowered the Union Flag on Sandgate Village Green to half mast at midday today.

Reverend Bob Weldon has announced that St Paul’s Church will be open for between 10 and 12 noon on Saturday for Private Prayer, and the Church of England have opened an online Book of Remembrance.

A national book of condolence is available on the website of The Royal Household. The Royal Household has requested that members of the public do not leave floral tributes or gather in public places to offer their respects. The Palace has suggested that people could donate to charity instead, if they wish to do so.

“On behalf of the councillors and staff of Folkestone & Hythe District Council I would like to express our great sadness on hearing of the death of His Royal Highness Prince Philip, the Duke of Edinburgh.

“Prince Philip influenced the lives of so many through his Duke of Edinburgh Awards scheme. We extend our deepest sympathies to Her Majesty The Queen and the Royal Family at this time.

“According to protocol all flags on our civic buildings will fly at half-mast. The flags will only be returned to the mast head after the funeral has taken place. We urge other institutions and individuals to also fly their flags at half-mast.”

“From today, a period of national mourning began and will continue for eight days until the morning of the funeral. Staff and councillors will be asked to observe all official periods of silence so they can reflect on the great service HRH Prince Philip, the Duke of Edinburgh has offered this country and the Commonwealth nations over many decades.”