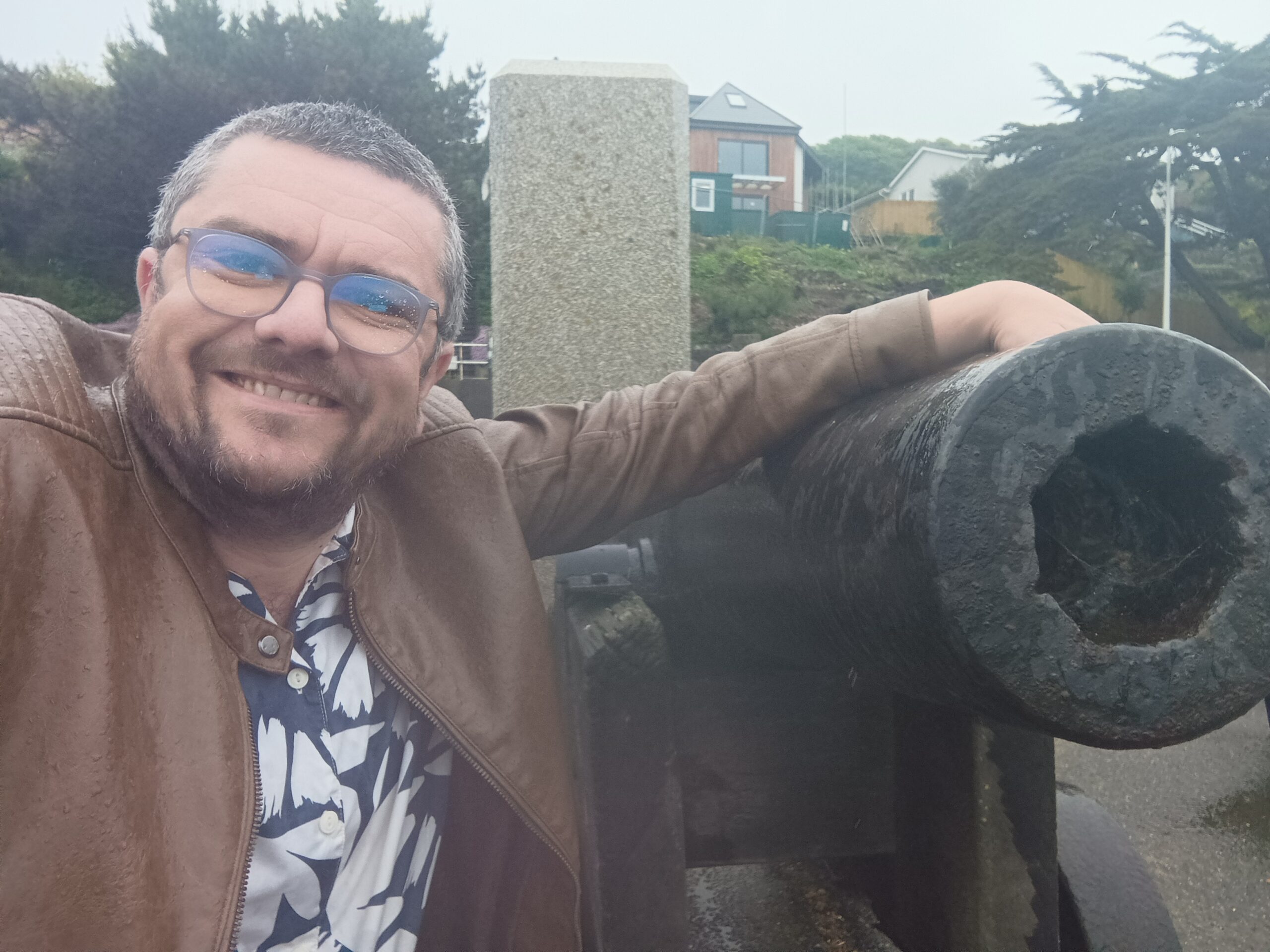 This afternoon, Sandgate Parish Council were delighted to welcome Sandgate’s newest feature, the Imperial Cannon, to its new permanent home by the Sir John Moore Memorial.

The “Imperial” cannon is a 1790 / 1800 cannon that has for many years been resident at the Hythe Imperial.

Little is known about the history of this particular cannon. However, due to the position of the cannon and size, it may have been part of Fort Twiss rather than on a Martello Tower. Martello Tower cannons were set on platforms rather than a carriage and larger in size (24 or 32 pounders).

The cannon is likely to have been made around 1790: the markings are difficult to decipher. There is no coats of arms, arrow or other marking apart from on the trunnion and base ring.

“The Imperial cannon would have been exactly the sort of cannon used by Sir John Moore as he martialled the defence of the coast from Dover to Dungeness against Napoleon’s armies from 1803 onwards.

“It therefore feels fitting to place the cannon, kindly donated by the Hythe Imperial, to sit alongside the Sir John Moore Memorial on Sandgate Esplanade. It will remain on permanent, public display: please do go and have a look.

“In deference to its past, we’ve positioned it between Sir John’s Memorial and the sea. It also points at France as it would always have done!

“We’re delighted that the cannon is in place before the lighting of the nearby beacon for the Jubilee on 2nd June. Huge thanks to the Hythe Imperial for their donation of the cannon. Thanks also to Harmers and Sons for moving it for us: no easy task.”

The Sir John Moore Memorial was erected in 1909 marking the centenary of his death. There is now an annual commemoration of his life held at the memorial each January led by the Shorncliffe Trust.

Manage Cookie Consent
To provide the best experiences, we use technologies like cookies to store and/or access device information. Consenting to these technologies will allow us to process data such as browsing behavior or unique IDs on this site. Not consenting or withdrawing consent, may adversely affect certain features and functions.
Manage options Manage services Manage vendors Read more about these purposes
View preferences
{title} {title} {title}